Is the Housing Market Going to Crash in 2021?

Charlotte here with your insights into the current market. Today I want to shine a bit of light on the topic of forbearance and the impact on the market going into 2021. I’ve heard from several of you that a crash is in the near future because of this program that was implemented to relieve the financial pressure on some homeowners because of job loss or job cutback of hours.

The fuel I’m seeing to this rise of anxiety is around the question ... What happens when forbearance programs expire?

Some analysts are concerned many homeowners will not be able to make up the back payments once their forbearance plans expire. They’re concerned the situation will lead to an onslaught of foreclosures. The banks and the government learned from the challenges the country experienced during the housing crash. They don’t want a surge of foreclosures again. For that reason, they’ve put in place alternative ways homeowners can pay back the money owed over an extended period of time.

Another major difference is that, unlike 2006-2008, today’s homeowners are sitting on a record amount of equity. That equity will enable them to sell their houses and walk away with cash instead of going through foreclosure.

The differences mentioned above will be the reason we’ll avert a surge of foreclosures. As Ivy Zelman, a highly respected thought leader for housing and CEO of Zelman & Associates, said:

“The likelihood of us having a foreclosure crisis again is about zero percent.” 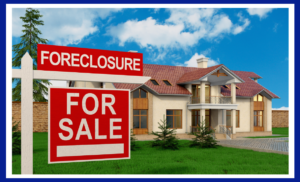 “In total, an estimated 172K loans are in forbearance, have missed three or more payments under their plans and have less than 10% equity in their homes.”

As mentioned above, today is different. Most homeowners now have a large amount of equity in their homes. They will most likely decide to sell their home and take that equity rather than wait for the bank to foreclose.

In tandem with this topic, came a separate report, from Black Knight which highlighted this issue:

In other words, of the millions currently in a forbearance plan, there are few that likely will become a foreclosure. 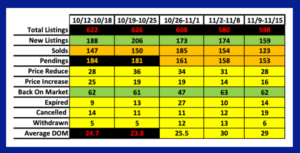 We are currently still in need of more inventory to meet the demand of the people needing to buy a home at this moment.

As you look at the chart showing the most recent numbers for houses on the market, those in escrow (pending), and those sold, we have a third

of the inventory available to choose from compared to this time last year, for those wanting to buy. 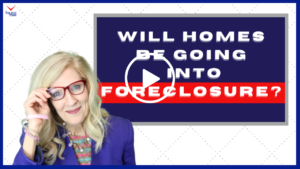